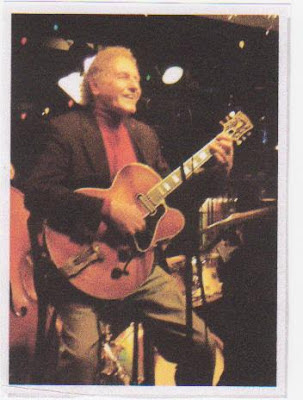 That clanging sound you hear is the bell I'm ringing to announce a new cd recording from a fellow Providence, R.I. native, my friend singer Frank D'Rone. The cd is called "Double Exposure" and the titles include "Pure Imagination", a great melody from the score written by Leslie Bricusse and Walter Scharf for the 1971 film "Willy Wonka And The Chocolate Factory". The cd is on the Whaling City Sound label. Frank's official web site is here

Frank started singing and playing the guitar on stage at the age of 5 in Providence, Rhode Island. At age 11, he had his own local radio show twice a week. At age 13, he won an Artist's Degree in classical guitar awarded him by the American Guild of Stringed Instruments. He formed his own band and played dates in the Providence area while finishing his education. Then D'Rone headed for New York where things were happening for talented people in show business. Frank worked around New York in different clubs - he had many return appearances at "The Living Room", for example.

A big break came for Frank when a club owner from Chicago heard him and hired him. The club was "Dante's Inferno." He was such a success that the management gave him an indefinite contract.

The last time I saw Frank in person was at least twenty years ago when he made a rare and much appreciated appearance in Boston, playing and singing for packed houses each night of his week-long engagement. He doesn't visit the Northeast as much as we would like, but one can only hope that the release of his new cd will inspire our local venues to extend an invitation to come home for a little while to entertain and delight his loyal fans in this part of the country. Congratulations Frank and also to your producer, arranger and conductor Phil Kelly. 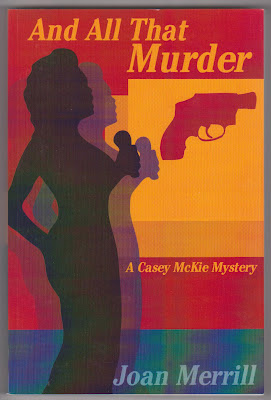 She has completed the first three volumes of her new series featuring the San Francisco-based PI Casey McKie. The first book (see cover above) involves jazz, jazz clubs, jazz producers, jazz singers and jazz murders. "And All That Murder" is a fast-paced story with colorful, believable characters and the authentic jargon of the jazz world. Frankly, this book was such a fast read, I almost devoured it in one go. Snappy chapters and non-stop action. Like any die-hard murder mystery fan, I speculated about the identity of the "perp", but even with some careful considerations, I was surprised by the ending. Reviews are glowing and much deserved. I am now half-way through the second Casey McKie called "And All That Sea" where the mystery unfolds aboard a Caribbean Jazz Cruise ship. Joan's web site is here 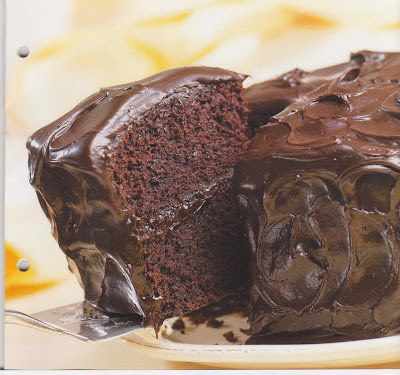 I'd love to tell you I prepared this confection just as you see it above, but that would be a half-baked truth. I made the cake but did not frost it with the incredibly enticing finishing touch pictured above. The recipe for the cake is slam-dunk easy. I had all the ingredients on the shelf, and the labor was not intense.

Combine hot water, oil, vinegar, instant coffee,
and vanilla in a large measuring cup. Add to the
dry ingredients and whisk just until combined. A
few lumps are OK.

Divide batter between pans and bake until a toothpick inserted in the center comes out clean. Cool cakes on a rack for 15 minutes, then invert onto the rack. Leave cakes upside down (this flattens domed cakes) to cool completely.


I baked it in a 9 x 13" pan (baked for 35-40 mins), and froze half of it. This recipe for Old Fashioned Chocolate Cake can be found in my favorite cooking magazine, Cuisine At Home NO ads, beautiful photography, mostly easy to moderately time-consuming recipes. Everything I've prepared with this periodical's guidance has been as delicious as it looks.
at April 12, 2012

Email ThisBlogThis!Share to TwitterShare to FacebookShare to Pinterest
Labels: Bell, Book And Cake